Catch Up With G. David 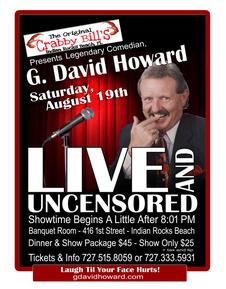 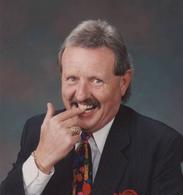 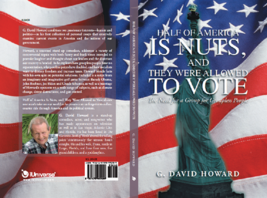 He is a comedic legend, a world record holding funnyman, a published author, radio show host, singer/songwriter and hilarious entertainer. For over 40 years G. David Howard has made audiences laugh until their faces hurt, from Vegas, Atlantic City to Florida's west coast comedy scene.

Audiences love G. David during his performances as he interacts with them bringing them into the show, remembering most by name. No one is off limits to G. David or from his constant, brilliant humor which can be sometimes shocking. A veteran to comedy, G. David Howard is original, fearless and outrageously funny.

Half of America Is Nuts,

And They Were Allowed To Vote.

Read as G. David Howard combines two passionate interests, humor and politics, in his first collection of personal essays that creatively examine current events in America and the actions of our government.